Is my dog depressed?

There is an age-old debate discussing whether dogs experience feelings and emotions in the same way that people do.

But you remember we talked about this in the first post? I know you do!

Our good ol' friend Stanley Coren touched on this.

Well he's back with more!

Similar to a human with depression, if your pooch are depressed, they may exhibit a few telltale signs that they need some help.

It’s important to know that some of these signs may be indicative of a medical issue, and so it’s important to have your pup checked out by a veterinarian to be sure it isn’t one of those.

But, on the plus side, depression in dogs is rarely a long-term issue.

First we're going back to the 80's, where this all started.

We start with this guy, Nicholas Dodman, who's a beast in Veterinary Medicine. I mean the guy loves what he does.

So much that he becomes the youngest member of the veterinary faculty in Britain - at age 26.

But quickly, he grows unsatisfied with the job. He's convinced that dogs have feelings. Therefore, to better help them, he should study their behavior.

"No, Nick, the dogs don't have the same feelings that humans, their brain isn't wired the same way..."

What came next shut them up...

One day, he received Max. A dog that had lost his appetite, was not eating or drinking the way that he normally did and thus was losing weight quickly.

He seemed to be lethargic, and spent a lot more time than usual sleeping. When he was awake he seemed nervous, edgy and common events seemed to worry him.

None of the usual activities that normally made him happy seemed to interest him.

Nick though: "If this dog was human, we wouldn't think twice to diagnosed him with clinical depression"

And so, against all common beliefs, that's what he did.

To prove his point to his colleagues, you know what else he did?

Dumb me, you couldn't possible know!

Now is antidepressant the solution if your dog is depressed?

No, that's the last resort. Any antidepressant should be prescribed by your vet. Don't try what Nick did with Max...

That's because using drugs on your dog has long-term negative effect. Using antidepressant that aren't prescribed can cause your dog irregular hearbeats.

Also, just like everything, if your dog's body gets used to this boost of hormones, it might just stop making the hormone by itself - do I need to tell you how bad that would be?

Trust me, it's easy to tweak your pup's routine to make that depression go away.

Same as with you, depression can occur following a lifechanging event:

So here's the deal, if any of these happen, you need to take the actions to keep the depression at bay.

What Are the Signs of Depression in Dogs?

Let me sum this up in one sentence, if your dog's behavior changes suddenly for no apparent reason, you should suspect depression.

Depressed dogs may sleep more or less than they normally did.

If your pet sleeps all day while you’re at work it's nothing out of the ordinary.

But one that sleeps while you’re away and continues their peaceful slumber even after you get home should signal to you that something is wrong.

Most dogs live for dinnertime, but if your pup is depressed, they may start leaving part or all of their meal in their bowls.

Weight loss or weight gain may be signs of depression if a dog is feeling down for a couple of weeks or more.

If your dog was once a candidate for most exuberant greeter but now prefers to lie on their bed when you get home, depression might be the cause.

Depressed dogs may lose interest in their favorite activities or event in their everyday world. Remember this one! It's easy it rhymes.

Your pet may excessively lick or chew on their paws or tail, sometimes causing enough damage to create sores or wounds.

Dogs with depression may instead start destroying your furniture, their beds, toys, or your carpets.

How to Help Dogs with Depression

First thing’s first, I would try to increase the time you spend with your pups.

Do something they like, whether that’s frequent car rides or trips to the dog park or something else.

And why not turning off your phone or leaving it at home. Make it your moment.

This is the quality time your dog is living for.

If making your day-to-day life more exciting doesn't work, then I would see your veterinarian.

Ruling out medical causes for the behaviors that you’re seeing is of upmost importance.

If depression is the diagnosis, your vet may suggest exercise or play as ways to bring your dog back up.

For dogs with more severe depression, medication may be in order. Your veterinarian will determine if medication is right for your dog and help to formulate a treatment plan with you.

In the end, dogs are often thought of as our happy, exuberant, nothing affects them best friends.

But the truth is they can experience depression just like you or me.

If your dog is experiencing any of the above symptoms or simply isn’t acting like themselves, it’s time to see your veterinarian in order to get your canine companion back to their old selves.

Gotta get back to working on Säker, 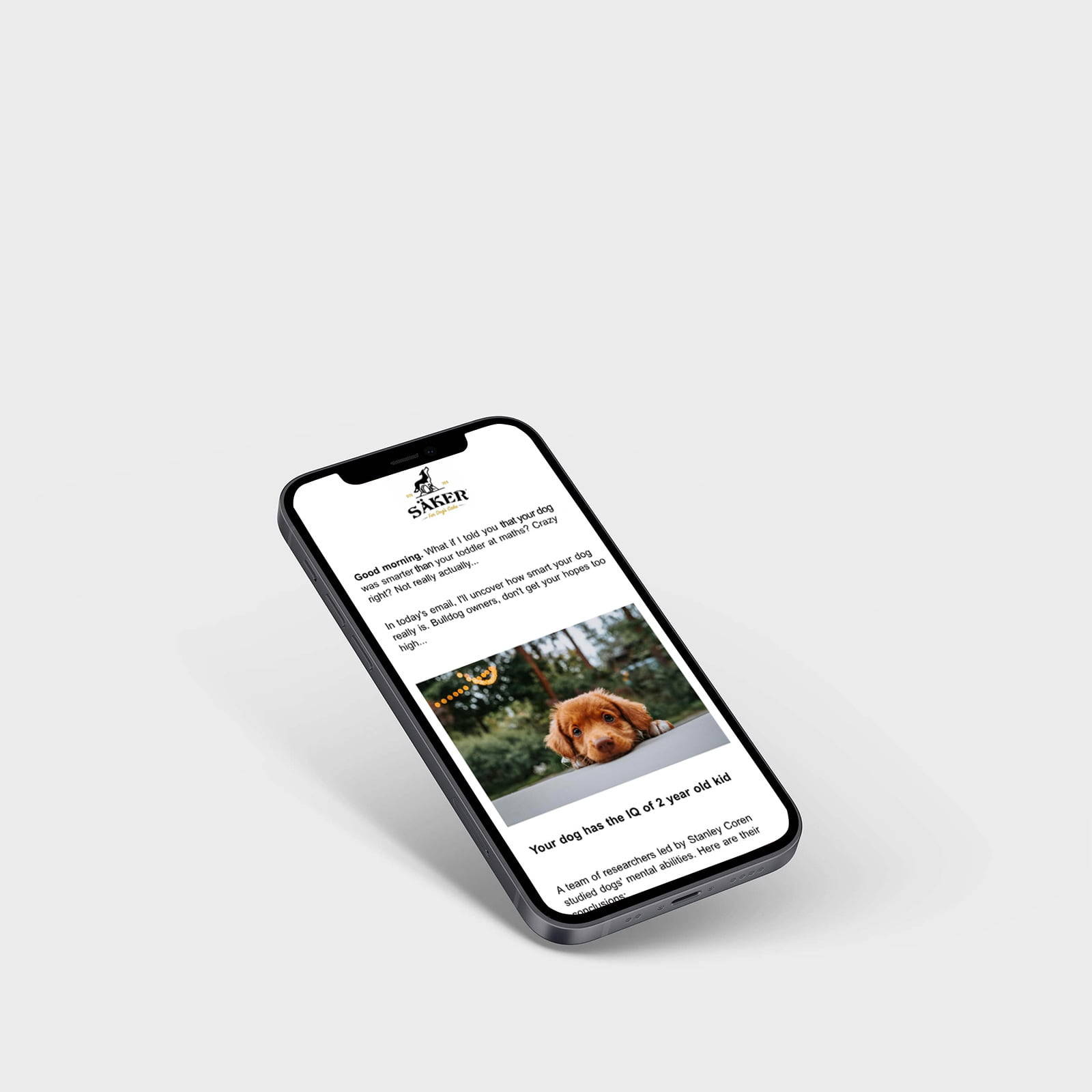